After much work to find a good way to build a free gun listings classified site GunListing.com has finally finished and now you can post Gun advertisements with ease.

The website is very easy to navigate. Four photos can be uploaded of your item for sale and a description of your Archery, rifle or handguns and supplies.

Each advertisement is free but you can have your gun listings featured or pushed to the top of the page for a small one time fee.

I found that the site works nice and is easy on the eyes as I read the pages.

Some of the key points to note on a new website is your privacy! On GunListing.com they do not share your information or email address with anybody or any companies. This is something very important to know when signing up on a new website!

I hope you like the look and feel of GunListing Classifieds I think it looks good.

Head on over and check out the Latest Gun Listing Advertisements!

We took off and went to the large gun show they have north of Baltimore. Now, just so you all know, I am not a gun fanatic or hunter of sort, I target shoot, take out a varmint on the farm and have a conceal carry license. I was on a mission I needed some ammo which has all but disappeared.
I really didn’t need any thing special some .22 some .32 auto, a holster and a few rounds for my squirrel gun. 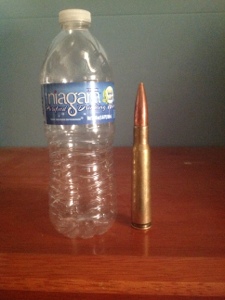 So we arrived at the show after a two hour drive and made it to the front of the line, yes there was a line to get in. I quickly hit all the ammo tables no .22 or .32 sorry can’t get it or I heard “sold out yesterday”. I asked how much the .22 sold for, lol it sold for five times the normal price. I did find one guy that had the .32 auto but just a few boxes, I thought I might take out another mortgage to buy an extra box! The kicker here is I could buy all the .50 BMG ammo I could carry, it just doesn’t make sense. 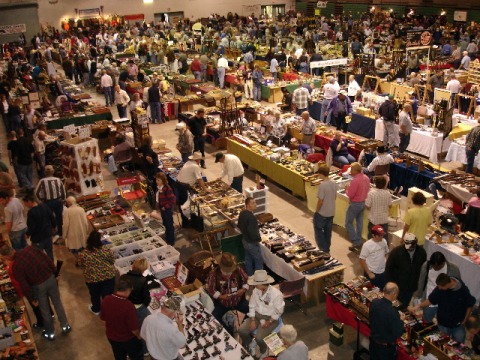 My first thought was what the heck is happening no ammo for a .22 and one hundred dollars for a box that was twenty dollars? I roamed around and found that large ammo for my squirrel gun was plentiful and the same price as ten years ago… Four dollars a shot. I don’t squirrel hunt very often!

The show was almost disappointing there was not much there, I did get a nice new conceal carry vest light weight for summer. It seemed as though the merchants were playing on some scare that there will be nothing to buy in the future… Hmmmm

On our way home we stopped at the Bass Pro store. There was a lot of items there that were much cheaper and it didn’t cost seven bucks to get in. Still no .22 ammo though?

It was a fun trip with some good friends nonetheless.

A few weeks ago I was at the doctor because I cut my finger, I really needed stitches but I rapped it in a paper towel and of course duct tape so I could finish the job. I arrived at doc’s place I had found some real bandages by then he said it looks like it will do just fine but you need a tetanus shot. Yuck I hate shots! So we are all done, then I remembered and said what about the shot. The doc told me I gave you a prescription for it they will give it to you at the pharmacy.

He then told me there is a shortage on injectable medicines, not just some but most, even for the  cancer patients.

Off I go to the pharmacy to get my shot. The nice lady explained to me sorry sir we do not have it, we can try to order it. My second thought was what the heck is going on, you only get so long before there is no reason to even take the shot!

I wonder about all the shortages on the things we need in our daily lives. I hear  this at the lumber store… “Sorry cant get that!” What the heck?!? Everyone is out of work but we need more of the products we use in our daily lives so what gives, hire some people and get some needed medicines and products to the public.

Have a great Tuesday
Wolfbernz

Come Join Top Sites Tuesday and be #1 on BlogDumps!
The purpose of this Meme is to encourage
Networking between bloggers and to have fun while doing it!
Make sure to visit all the other participants and leave comments